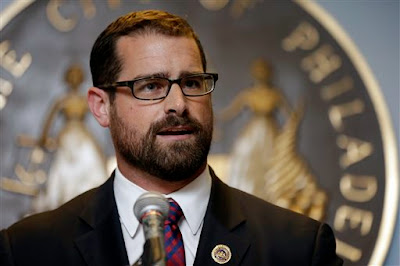 Brian Sims is a Democratic politician in Philidelphia, currently a member of the Pennsylvania House of Representatives in the 182nd district.

While in College at Bloomsburg University, Sims was co-captain of the football team and was recognized as a scholar athlete. In 2000, Sims came out as gay and became the first openly gay All-American college football captain in the NCAA. Along with being the first openly gay elected state legislator in Pennsylvania history and activist on LBGT civil rights, LGBT issues in athletics, women's rights advocate, and education reformist, Sims is a major supporter of sustainable business and development.

At age 10, Sims' family was living in Alaska when the Exxon Valdez oil spilled occurred. The damage to the environment and animals, along with the volunteer response to the devastation shaped his passion for understanding and addressing environmental challenges at an early age. Later, Sims served as the Senior Law Clerk at the EPA and learned about the science and policy involved in protecting limited natural resources.

Sims' position on the sustainable business and development is summed up in a quote from his campaign website on what he took from his time at the EPA:

"I also learned that protecting those resources and allowing our businesses, both small and large, the opportunities to operate and expand are not mutually exclusive. In fact, smart environmental policy has shown time and time again that is possible a modern, green economy can create jobs and support economic growth. It’s incumbent upon our new generation of leaders to call upon all that we have learned in this modern era about responsible corporate citizenry."