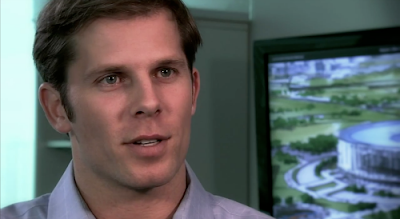 Ian McGee has big plans for the 2014 World Cup in Brasilia. The company he founded, EcoArenas, LLC is working with architecture firm Castro Mello Arquitetos to build the world's most sustainable soccer stadium. They are aiming to be the first soccer stadium with a LEED Platinum rating. With features such as re-used materials, solar panels, low flush toilets, a wildlife area as part of the grounds, and many more...they're very likely to reach that goal. The stadium is just one project in a much larger initiative McKee started with fellow Brazilian and friend, Vicente de Castro Mello, in 2008. The initiative is called CopaVerde and is a detailed plan to leverage the 2014 World Cup and 2016 Olympics to transform Brazil into one of the greenest economies in the world.