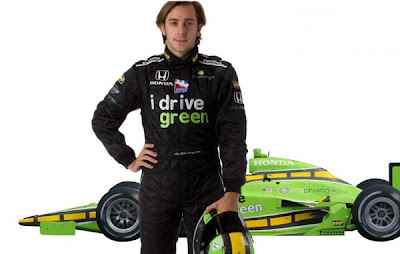 The Indy 500 organizers have raised the green flag for expanding the use of ethanol at the event. Ethanol has been around the Indy and other races for a while, but its use is gaining in popularity. Even better is that Indy organizers and promoters are using the opportunity to educate fans about the issues as well. One team that's getting a lot of interest is that of rookie driver Nelson Philippe who has plans to "shift the Indy 500 into neutral" - carbon neutral that is - with his iDrive Green initiative. At age 20, Philippe was the youngest champ car drivers when he debuted and was one of the youngest drivers to win a race. Now he's pushing green driving bigtime, partnered with Eco Driving USA, and helped launch Indy Goes Green. Watch an interview with Philippe on Fox below: