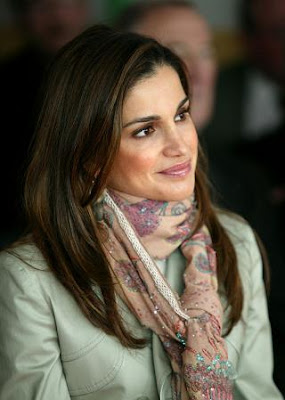 Rania Al Abdullah, Queen of Jordan has become one of the world's leading philanthropists, humanitarians, and environmentalists. After attending American University in Cairo and graduating in 1991, she worked at Citbank and Apple until she met, fell in love, and married Prince Abdullah bin Al-Hussein, son of His Late Majesty King Hussein, in 1993. Since 1999, when Kind Agdullah and Queen Rania ascended the thrown, she has been a tireless advocate of women's rights, children and education, poverty aliviation, environmental protection, and more. Queen Rania has won numerous awards, served on countless international committees and commissions, and has become widely admired for utilizing modern technology, particularly through her YouTube channel, to engage people around the world in discussions of major social, cultural, and environmental issues. Recently, Queen Rania held a second meeting of the Arab Sustainability Leadership Group to address and track performance in broad sustainability topics in Arab countries.