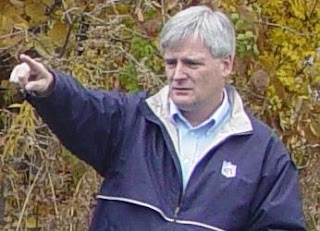 I'm guessing not many folks, including hardcore fans, know about the National Football League's environmental program. Well, here's one from the planet's playbook: the NFL has an environmental program and its actually been up and running since the 1990s. That's right, each year the Superbowl gets a little bit greener, local teams get a little more carbon-neutral, and a few more shelters get a lot more surplus food. Jack Groh (above) has lead this team effort since its inception and he continues to grow the project lineup each year. The NFL's efforts have even inspired the Army to take up some new environmental efforts. Who knew the gridiron was so green?