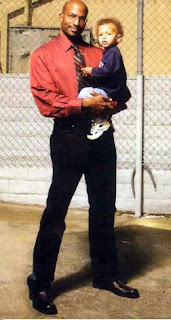 A 1993 Yale Law graduate, Van Jones is an activist, social entrepreneur, author, husband, and father (his favorite job title). Jones' most recent venture, Green For All, helps build "an inclusive, green economy - strong enough to lift millions of people out of poverty". Jones' passion fro social and environmental issue began in 1996 when he co-founded (with Diana Frappier) the Ella Baker Center for Human Rights, now located in Oakland, California that promotes alternatives to violence and incarceration. The Center, for which Van serves as board president, incubated Green For All in 2007 and spun it off in 2008. With Green for All, Jones is committed to creating "green pathways out of poverty," through green collar jobs and works tirelessly to expand the coalition addressing climate change. Jones has been honored often with such laurels as the 1998 Reebok International Human Rights Award, the international Ashoka Fellowship, selection as a World Economic Forum "Young Global Leader," and the Rockefeller Foundation "Next Generation Leadership" Fellowship. Jones has served on the boards of numerous national environmental organizations including the National Apollo Alliance and was a founding member of 1Sky.